LA-based cinematographer to create professionally edited DVDs, Blu-ray Discs and digital downloads featuring all participating performers; select Grand Recital sponsors to have option of being featured in credits with their logo, website and phone number for nominal fee. 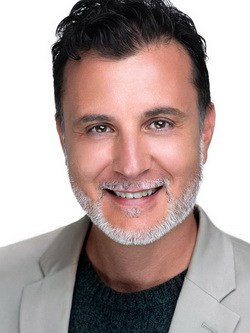 Santa Clarita, CA – March 28, 2019 –Spring means gearing up for the Oksana™ School of Music’s highly-anticipated Grand Recital event, scheduled for June 1, 2019 at the Steinway Piano Gallery of Beverly Hills – Steinway’s prestigious West Coast headquarters – and OSM representatives have announced that Daniele Buccheri of Los Angeles’ Daniele Buccheri Films will be a sponsor of the talent-endowed extravaganza. The talented Italian cinematographer will be creating professionally edited DVDs, Blu-ray Discs and digital downloads featuring all participating Grand Recital entrants, with all versions being made available for purchase to parents who want a lifelong memory of their children’s performances.

Select Grand Recital sponsors will have the option of being featured in the credits of the DVD, Blu-ray or digital version with their logo, website and phone number for a nominal fee, and a pre-order discount will be offered, as well.

“I have been known for working with clients that truly value the art of cinematography and who desire an awe-inspiring production that will encapsulate their memories forever – and that means being able to share them with children, grandchildren and anyone who may have missed the wedding or event,” explains Buccheri. “As such, I am very much looking forward to working with my beloved friends at the Oksana™ School of Music in creating the Grand Recital DVDs, Blu-rays and digital downloads for the performers, the goal being to get both parents and sponsors excited about the prospect of every family and every sponsor obtaining their own copies.”

For more information about the Oksana™ School of Music and sponsorship opportunities with the upcoming Grand Recital, call (323) 284-7930, visit www.OksanaSchoolofMusic.com or email mgmt@Oksana-K.com.