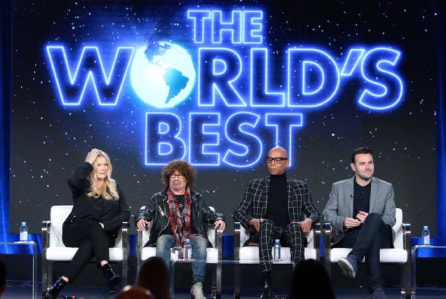 The World’s Best is a reality talent competition television series produced by Mark Burnett and Mike Darnell featuring international performers being evaluated by three judges – Drew Barrymore, RuPaul and Faith Hill – as well as an international panel of 50 experts in various fields of entertainment. The series is set to premiere on CBS on February 3 following its telecast of Super Bowl LIII and will air worldwide.

Emotional Line recently gave spectators a taste of their incredible talent when they electrified a mesmerized audience with a show-stopping routine during Korea Dance Delight Volume 4, a street dance performance competition, breaking into a hip-hop-style set – but to the backdrop of Kolesnikova’s beautiful piano key strokes.

“When we hear about dancers performing a ‘hip-hop’ dance routine, we expect to see specific movements choreographed to the big bass beats of, well, hip-hop music,” muses Kolesnikova about Emotional Line’s well-received performance at Korea Dance Delight. “Of course, such thumping beats are a hip-hop staple that blend perfectly with aggressive, over-the-top dance moves, but Emotional Line proved that a hip-hop dance routine can be pulled off even when it’s not paired to its musical namesake.

“Instead of a pounding bass line, audience members and viewers of The World’s Best will be greeted with the familiar opening notes of my take on Beethoven’s Sonata 14 in C Sharp Minor, while awe-inspiring pop-and-lock movements begin with two Emotional Line members dressed in white – it’s totally mesmerizing to watch.”

The movements of the dance troupe members were so precise during the performance at Korea Dance Delight that many critics likened the experience to watching old-fashioned stop animation; at just over one minute into the show, the dancers exchanged their pop-and-lock movements for overtly fluid motions that were described as being “almost too smooth to be real.”

Video of the incredible performance by Emotional Line can be seen on YouTube: https://www.youtube.com/watch?v=M3ftuJECiXY

Here is additional reference and review of the same performance by Emotional Line on Inspire More website.